Help! I’m having a flashback!

It’s scary. One minute you’re holding it together, the next something has happened and suddenly you’re stuck, frozen, lost in the terror, panic and grip of something that happened in the past, something you desperately want to forget, the very last thing you want brought to mind.

You try desperately to shut it out, to put a concrete wall between you and what happened, or maybe you try to put it in a box. To some extent you manage it, but then all of a sudden it leaps out and overwhelms everything you’ve worked so hard to put in place. You’re back there, in the then and there, re-experiencing it, almost as if it’s happening again. You’re powerless to do anything about it. You have literally been flashed backwards in time, time travel, but not the sort of time travel you would want.

This is frightening, life-threatening, terrifying. You might be aware of what happened just before it started – maybe an image on TV, maybe a particular sound, or even a smell – or it might have just come out of the blue, and you have no idea why it started. You might be aware of what’s going on in your body – heart thumping, breathing quickly, sweaty, feeling sick – or you might be so caught up in what’s going on now that you lose touch with your body.

Then at some point you give yourself a jolt and catch up with yourself. You’ve got to get away and get away quickly. You might be able to run and get out from the shop, the bus, wherever you are. You might be able to get yourself to a safer place before the panic sets in. It’s a bit easier if you can, or if someone ok is with you. It might feel like you’re having a heart attack, the symptoms are so real.

And then the questions come. Am I mad?Am I the only one this happens to? Why is it happening? Am I going to die? And it’s so scary. You’ve lost control of your ability to manage the day-to-day. This terrifying thing is so powerful, and it’s like you’re trapped, just as you were when it happened…

And that’s the clue. The essence of trauma is entrapment. We feel trapped. There’s nothing we can do. We’re powerless. We have no control. Crucially, we can’t do anything to keep ourselves alive. That is the scariest place we could possibly be.

After we have been born, staying alive is our single most important task. We need an element of control so that we can make sure that we can keep ourselves alive. When our life is threatened, we have no control. Our brains are not equipped to cope with trauma, especially when we are young. It is just too terrifying for us to contemplate. And far too dangerous for us to remember. It’s too big for us to process.

So what’s going on?

Well, to make sense of what’s happening, we need to know a bit about how our brain works. At birth, the part of our brain that is growing very quickly is called the limbic system.

The limbic system is the part associated with emotions and survival. A baby’s number one task is to stay alive. To understand how the limbic system works, think baby: no words, no clever thinking, no appreciation of time (as any mother trying to stick to a four hourly feeding schedule will soon discover). It’s all present tense. Communication with the world is sensory: what can be watched, listened to, felt, smelt, tasted. We give babies sensory toys to help them learn.

The cognitive part of our brain, on the other hand, is much more sophisticated, and starts to develop at about age two or three. That part understands that something happened yesterday, or that something will happen tomorrow, or after three more sleeps. That part can remember, put words to experiences, think, solve problems, do all sorts of wonderful things. But, for all its cleverness, it can’t keep us alive. No, it’s the good old limbic system that does that.

Trauma therefore has no words; it has no concept of time. Traumatic memories are stored not as coherent, logical sequences, but as a muddle of emotions and sensory experiences. They are locked in the present tense in our bodies. And, you might well say, if only they would stay there.

How the limbic system triggers flashbacks

But there’s a problem with that. Our very own smoke detector’s job is to alert us to danger. Our amygdala, deep in the limbic system, is our smoke detector, always on the lookout for what it perceives as threat. And, because it is about survival, it does that with a vengeance. And what could be more dangerous than the life-threatening trauma that has happened?

So, the amygdala reasons (in a non-cognitive way of course), that it needs to remind us of every element associated with that threat, so we don’t let it happen again. Very sensible. The way the limbic system brings something to our attention is through our senses.

So, whenever we see anything that is associated with the trauma, we get triggered. Our amygdala is shouting: “It’s not safe!” The same thing happens if we hear something, or smell something. It might be a lookalike, or a particular type of coffee, or a particular song, something seemingly oh so innocuous. We might not even be aware of any trigger. The limbic system doesn’t explain what it’s doing, and it has no words anyway.

How to start to take back control

You may have an idea of your particular triggers, you may not. It can help to have a think about what might have been the trigger for a flashback, even to compile a list of triggers. Doing this can help make sense of what happened. Crucially, it’s the beginning of taking back control.

Remember: the essence of trauma is powerlessness, lack of control, feeling trapped. So, it makes sense that the way out of trauma is to get in touch with your power and to start to take control. What a different message to give your body! “I had no control then, but now I do.” “I was trapped then, but now I have choices.”

Noticing’ triggers, or anything else about what’s going on for you, helps in a number of ways. It’s a bit like part of you becomes a fly on the wall watching you. What you are actually doing is putting a distance in between the flashback and your experience. You can see more from further away. It hasn’t got so much power from a distance. It’s now only part of the story; the fly has another narrative. Meanwhile, you are taking control, actively choosing to be that fly on the wall.

The more we can notice triggers and what is going on, perhaps giving ourselves a running commentary as it happens, the more we are engaging the cognitive part of our brain. As we become able to put words to our experience, we are joining up the different parts of our brain, the limbic system and the cortex.

Integration brings healing; as the cortex comes online, so we can begin to process these traumatic fragments of memories, and then we can begin to store them safely, where they won’t suddenly sabotage us. And if it’s too difficult to notice anything at all, well, that shows how powerful the flashback is. That’s really important noticing. We can always have another go next time, and the next time. And the chances are that the more we practise, the better we’ll get.

How grounding can help with flashbacks

There are lots of ways in which you can take control. Anything that is the antidote to the trauma message of powerlessness. When you have a flashback, it’s like you’ve lost touch with the here-and-now and have become stuck, frozen, in the there-and-then.

Finding ways to bring yourself back to the present moment again sends the message to your body: “I wasn’t safe then, but I am safe now.” Noticing colours around you, or smells, sounds, or textures. Stamping your feet helps you became aware of the solidity of the ground beneath you. In fact, these
techniques are often called ‘grounding’.

Getting back in touch with your body and your present environment. You could gently bring your attention to your breath; noticing your in-breath and your out-breath, again, brings you into the present moment. (Incidentally, if you’re panicking, breathing in for a count of, say five, and breathing out for a longer count, say eight, calms your body.) 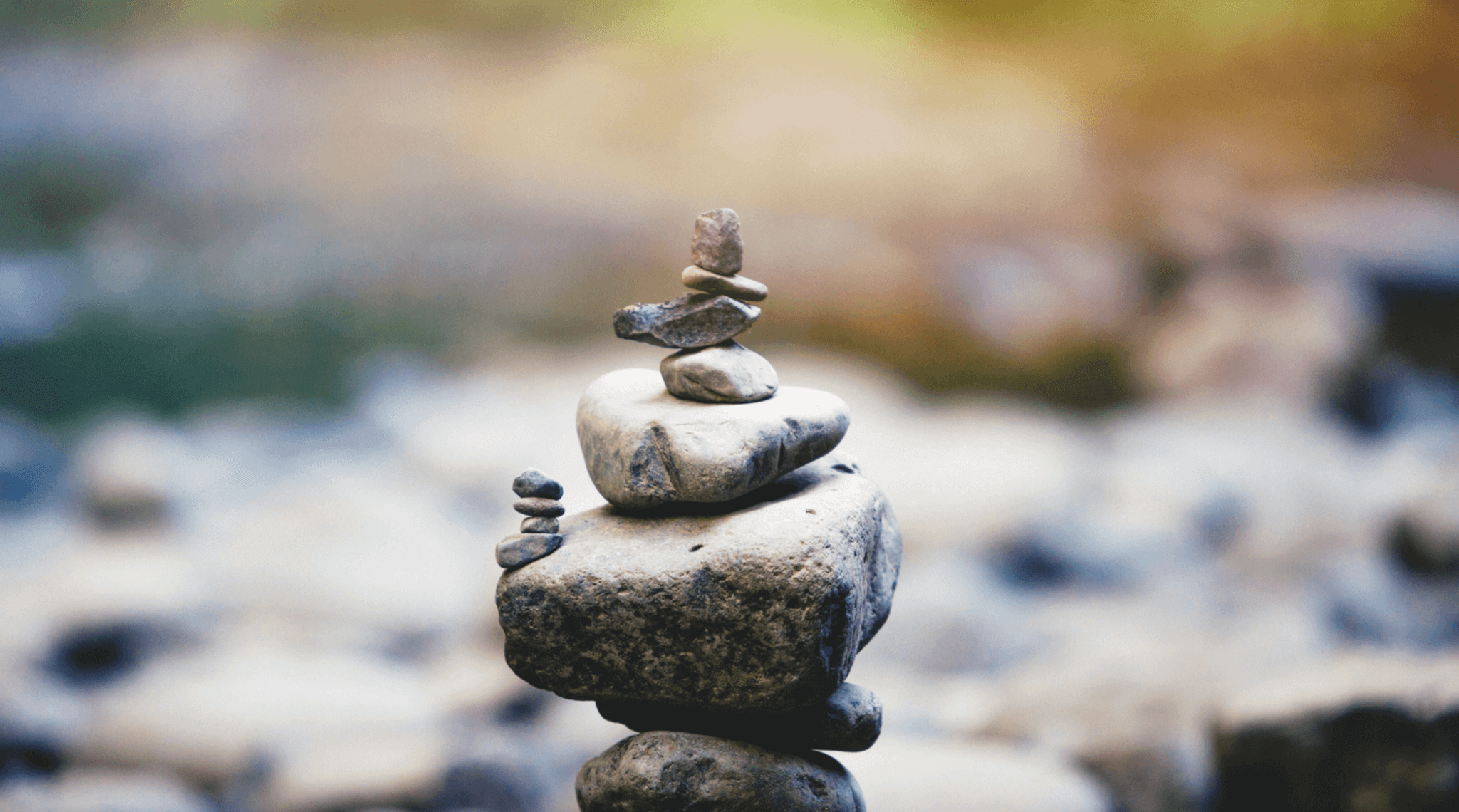 You have been through a hard, hard time, both at the time of the trauma and the flashback. You have survived! Your brain has enabled you to survive a life-threatening situation. Wow! Your brain is behaving as it should! Speak kindly to yourself, soothe yourself, comfort yourself, look after yourself, show self-compassion. You’re still here! You’re a survivor!